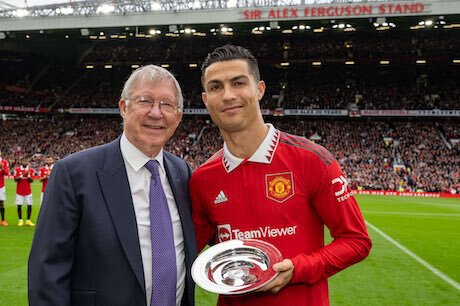 Cristiano Ronaldo was delighted to meet Alex Ferguson before the game in round 11 of the APL.

Before Manchester United’s 0-0 win over Newcastle United, Ferguson presented Ronaldo with a commemorative trophy to mark the striker’s recent 700th goal of his club career.

The Portuguese posted a photo with the former MJ coach and wrote, “Always a pleasure to be around you, boss!”